Free Will – an illusion of the mind 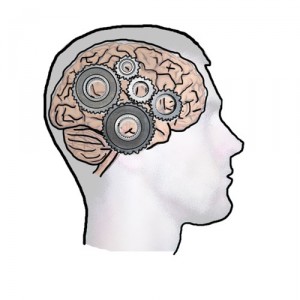 This is one where no matter how cogent and complete your argument, people will still believe in “Free Will”. You can talk until your face is blue and you’re lying on the ground for lack of breath or type until your fingers are just bloodied nubs and it still won’t matter. Free will is too wrapped up in ones own existence making it impossible to successfully argue against to the vast majority of people. The very notion that there is no such thing as free will creates huge moral and political issues since these ideas revolve around freedom of choice.

To try to argue against free will it might help to examine an extremely brief history of it and it’s relation to its opposite, fate. People have always struggled with their existence and have tried to explain why things are the way they are. Since the earliest mythologies and religions there often was a mixture of free will and fate. Gods often had knowledge of the future but still would watch as the hero or protagonist struggled to make their own choices even though their future was already determined. In Greek mythology, the Fates were three witch-like entities who would determine ones life from the start and even the Gods feared them.

Many Greek philosophers believed in causal strings that would eventually lead to a certain action. Aristotle said that there was a “prime mover” to which these causal strings could be traced back. However, despite these causal strings many of the philosophers of the time believed that there were some “random” events that could not be attributed to anything. Regardless of someone’s habit or character, they believed people are still free in so much as ones habits and character were developed freely in the past and can be changed in the future.

Shortly after Aristotle and that school of philosophy, the Stoics arose around the 3rd century BC. They had a completely deterministic philosophy with some minor exceptions and in so much believed that all action resulted from nature and not within ones own self.

Then came Christianity. Christianity, to a large extent, completely eliminated the idea of fate. Free will is essential to its fundamental tenement that a belief in Jesus as lord and savior will gain one entrance to heaven after death and not believing sends one to hell. Without the existence of free will, their paradigm falls apart or rather becomes grossly unfair as one would automatically be fated to either heaven or hell from birth. Today, across almost all of the “Western” world, Christianity and its philosophy dominates society which in turn has helped ensure the continued belief in free will.

Free will’s existence is simply taken as fact. In actuality, even with advancements in neurobiology, no experiment exists that can prove or disprove it. The enormous complexities of the brain and consciousness make any such experiment impossible currently. There are an infinite number of things that give rise to a person’s essence.

The two overarching elements that create a person and their actions are their genetics and environment. The genetic half is pretty self-explanatory. At conception we inherit genes from our mother and father that provide a physical basis of being for us for the rest of our lives. I think it’s safe to say that this is something we have no control over. Its implications are huge though. Why we’re here today as human beings and not chimps is due to our genes. What race we are. Any genetic abnormalities? All of these things impact our lives and set the stage for how we react to the environment and how the environment reacts to us.

How our environment shapes our lives is tremendously more complex. For example, are Indians genetically predisposed to Hinduism, vegetarianism, spicy foods, working in call centers, having a peculiar fondness for cows, and speaking English and Hindi (Tremendous exaggeration. There are 22 officially recognized languages in India with English and Hindi being the most widespread)? Are Irish people genetically predisposed to singing and dancing, speaking a funny sounding type of English, hating the English, being Catholic, liking blood sausage, starving from a lack of potatoes, and drinking alcohol as normal people drink water? Of course not. Their environments caused all of these tendencies.

Now, you say not all Indians and Irish have these tendencies. Well of course not. Within any population there’s going to be differences. But these differences too arise from something. Maybe you find an Irishman that doesn’t actually like to drink though you’d probably have an easier time finding a leprechaun. There are a number of factors why this might be. Maybe they had a close family member or friend that died as a result of drinking. Maybe they had a personal wakeup call such as a DUI. Maybe they just had a child or married or something. The point is that whatever the reason there was an external impetus.

To the person and others it may seem like they themselves made a choice but they really didn’t. Their decision was a result of the infinite number of events that occurred prior.

Free will is so intertwined with our own existence that it’s difficult to conceive of it not existing. If free will doesn’t exist then it somewhat questions the point of anything. Why act if everything is out of my control? What’s the point of my life when I have no control over it? It also calls into question many institutions that are so integrated into society. The legal system, religious institutions, the idea of morality, political social systems, and a whole host of other institutions would be questioned. How can you put someone into jail for stealing when they didn’t have the choice not to steal since all of their choices are predetermined? Why wouldn’t you have huge social welfare systems in place if it isn’t peoples’ fault for being poor?

Even though you can’t physically point to free will or at best claim that certain electrical signals in the mind are self created thoughts society functions on the idea of it. It probably is a dangerous route for all of society to follow a deterministic line of thinking about their own existences. Society as we know it would be shattered. For society or for that matter for individuals to function as we know it, people need to believe they are in control of themselves and their actions. It may not be true but for now it is one of those things that serve a purpose. Maybe one day as peoples’ consciousnesses meld together into one giant consciousness the thought of a deterministic reality of ones choices in life can coexist with human beings existence.