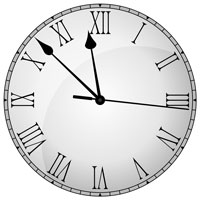 Why aren’t eleven and twelve called oneteen and twoteen (Why isn’t Ovaltine called Roundtine)? Every other number greater than ten is a combination of some sort. Twenty-one, twenty-two, ninety-eight, one hundred and one – all of these follow the same convention by using the “ten’s” word (ie. twenty, thirty, ninety, etc.) in front of the “one’s” word. So for the “tens” series every number uses the “-teen” suffix – thirteen, fourteen, fifteen, etc except eleven and twelve. What’s so special about eleven and twelve?

There isn’t really a concrete answer but more of a progression of reasons. At the heart of the matter, it is believed that eleven and twelve are derived from words meaning “one-left” and “two-left”. The old Germanic languages that they are derived from could only count to ten forcing them to come up with “hacks” for anything above ten. For example, the old Germanic word for eleven is “ainlif”. This is a combination of “ain” meaning one and “lif” which is believed to mean left. Twelve is “twalif”. So if they had 12 items, after they counted to ten they then had two left over.

Moreover, another contributing factor is that many old civilizations used the duodecimal system where instead of using ten as a base, twelve was used. It’s actually still used in some circumstances. Look at any analog clock. There’s twelve hours on them. Calendars – 12 months. A foot – 12 inches. Beer packages – 12 cans. Egg cartons – 12 eggs. The importance of twelve is attributed to the number of lunar cycles in a year.

Additionally, instead of using the five fingers on each hand to count, people used to count using their finger bones on their four fingers (3 on each) and use their thumb as a pointer. Once they would reach twelve, they’d use their second hand’s fingers to count how many twelves (dozens) they had reached up until sixty. Interestingly, this is also the reason why each hour is comprised of sixty minutes and each minute sixty seconds. This is also the reason why we have the words “dozen” (12) and “gross” (144 = 12 x 12).

I used to think it was weird that we use eleven and twelve, but after reading the history, it’s actually really interesting. Like so many things in our lives, I always took these two words for granted. Sometimes though even the most seemingly innocuous thing such as counting to ten or the use of the word eleven has a whole story behind it.