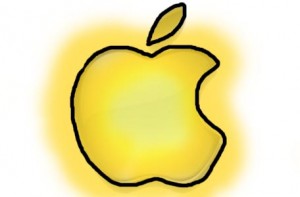 I’ll never understand buying an Apple product when I can buy a competitor for a third the price.  Nor do I understand when there’s less expandability, fewer compatible programs, more expensive peripherals, and a fan base that makes you ashamed of being a Mac user. Obviously, this is an oversimplification but speaks to some underlying reasons why Apple has become the world’s most successful company of all time having a market capitalization of over $500 billion.

Since they are the most successful company of all time, they have to be doing something right.  Apple products are known for being reliable.  Their software tends to be stable and less frequently infected by viruses and malware than PCs.  Of course, having roughly a 5% share of the computer market means that there are more targets in the PC world.  Apple’s stability is also helped by the  hardware and software both being developed by Apple Computers. Unlike Apple, PCs have a whole host of hardware and software companies that are involved in their development.

Apple products are also physically well made.  Instead of making their new devices out of cheap plastic that not only feels cheap but are less structurally sound, Apple uses quality materials and puts a lot of time into what the final product will look and feel like. Apple products do just generally have a visually better design compared to many of their PC counterparts.

Their simplicity of design also seeps into their software design.  In large part because of their software, Apples are known for being easier to use.  Case in point is the iOS found in all Apple iPhones vs. the Android based mobile OS.  After having been exclusively an iPhone user for several years, I just recently switched over to an Android based phone.  The difference between the OSs was immediately noticeable in terms of ease of use.  The iOS clearly was easier to navigate and to use in general.  Granted I was used to the iOS but the difference was way beyond that.  Their ease of use also probably helps to explain why a lot of older peoples’ first smart phone should be and is an iPhone.

However, after a month or so I was sold on Android.  Because it wasn’t overly simplistic it offered a lot more features and flexibility that just aren’t available on the iOS.  Also, since there are so many companies making Android smart phones there’s competition with a constantly changing landscape where features are modified, improved upon or added.

But Apple’s single greatest element I would argue is not their products but rather it is their marketing department which has to be one of the greatest of all time.  Many of their ad campaigns are legendary including the 1984 commercial introducing the Mac, the slogan “Think Different” positioned next to some of the undisputed greats of the 20th century, the iMac launch offering a compact all in one device that came in any color you wanted even though it was somewhat of a crappy computer, and the launch of the iPod, iPhone, and iPad.  Apple has successfully associated itself with cool through these campaigns and also well designed products even if competitors have been much cheaper and have nearly the same functionally – sometimes better sometimes worse.  Their marketing has grown a hardcore fan base that would believe that the earth was flat if Apple said so.  Upcoming Apple products are speculated about and followed religiously even a year before their launch causing a fervent desire to be the first person to have the latest and greatest “i” product even if the new product’s improvements are minor at best.

Let there be no mistake, Apple makes some quality products.  Whether you have a PC or an Apple probably doesn’t even matter in reality since they are only tools.  Computers facilitate work and creativity but don’t replace them.  In the end, it is a matter a preference.  For me, I don’t understand spending twice as much on something that limits your options and has an annoying cult like fan base that has an unsettling amount of douchey hipsters.  For me, I’ll stick with my PC and my Android phone – but I do understand Apple’s success.