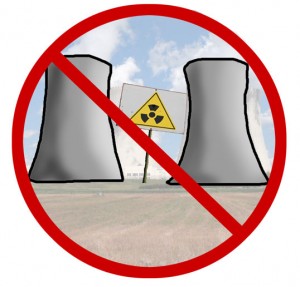 Ahhh. Hippies and activist youth getting involved in the future of energy policy, throwing out their half baked ideas, and crying about the dangers of nuclear power. They propose dismantling all nuclear reactors in favor of “renewable energy” sources such as wind and solar without ever recognizing the real world problems that exist that make such ideas laughable.

Poking their heads out of their permanent haze and speaking above their normal mumblings about “the Corporations” they espouse a series of non-facts that have been passed around their drum circles so long that they have become fact to them.

I’ll grant to them that nuclear power does have dangers. There have been a number of accidents that have occurred since the first working reactor in 1942. While the vast majority of accidents have resulted in little real damage or have been nothing more than scares, a handful of accidents have caused serious damage, death, and in the cases of Fukushima and Chernobyl have made whole cities virtually uninhabitable for generations.

In the US, the worst accident was at Three Mile Island in Harrisburg, Pennsylvania in 1979. One of the reactors at the plant had a partial meltdown and caused a mass evacuation of the surrounding area. However, the meltdown was contained and nobody died from the accident. Some claim that people in the area had a higher risk of getting cancer but the increased risk would have been so minutely small that it would have just blended in with all of the other radioactivity encountered in the environment.

With energy demand increasing greatly every year due to ever increasing daily power needs as well as the economic booms occurring in emerging countries with huge populations, wind and solar are not going to be able to meet these needs. In countries like China and India who use a lot of fossil fuels and need cheap energy to meet demand, pollution levels are becoming catastrophic in many places. Nuclear can replace their current energy sources and clean up the environment at the same time.

When looked at from an overall perspective, nuclear is safer than most current energy sources. The deaths resulting from nuclear power are arguably much less than traditional energy sources such as coal and gas. Look at all of the miners who have been killed over the years bringing natural resources such as coal up to the surface for our use. What about gas refinery explosions and the resulting toxic plumes. In both cases, the carcinogenic byproducts from burning these energy sources go into the air and surrounding communities. These don’t even touch on the deaths from all the wars that have occurred from trying to acquire them.

Until some new technology such as fusion is invented, nuclear is the most efficient and clean source of power we have right now to meet the world’s growing demands. The hippies and youth do have points. A serious nuclear accident such as Fukushima and Chernobyl are infinitely more serious than accidents that arise from other sources. But if safety practices are honed and observed such risks diminish to near 0. The image that the anti-nuclear people have is nice with green rolling hills filled with flowers, animals frolicking, with a beautiful blue sky above, and world peace but reality is different. Living in a day with global warming concerns becoming more serious everyday, nuclear allows for a realistic alternative to CO2 emitting fossil fuels AND at the same time actually provides us with the energy we need and not some cloud dream like solar and wind.