Affirmative Action – applying for a job? what color are you? 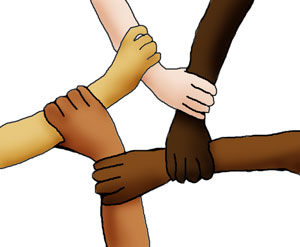 Taken strictly at face value this is a racist and sexist policy since it declares that an opening in a university or company must go to the minority applicant when the applicants are equally qualified. No other factors are taken into account other than something that is genetically decided for the person.

Despite being overtly discriminatory, I’ll admit that the intent behind affirmative action is good. It was created to try to offset centuries of discrimination against women and minorities in the US leading to the economic inequality that exists to this day.

However, the problem I have with it is that it somewhat presupposes that all white males have had privileged lives. This obviously is a ridiculous notion. Look at any of the trailer parks in the US and pretty much the entire south and you’ll see a bunch of white males who have had far from privileged lives. Why should they be passed over just because they are white males? Many of them have faced just as much adversity and are equally disadvantaged as any minority.

Also, what about minorities who have grown up in privileged households? Are they going to be given preferential treatment over a white male who comes from a household living in poverty? Hell, as far as religions go, Hindus as a whole are the second highest wage earners in America and they’re all brown. Why should they get preferential treatment?

If there has to be affirmative action style laws why not make it economic based. This would be a far better option since it isn’t based on racist and sexist policy and would be more effective in equaling out the playing field by providing university entrance and jobs to those who are coming from lower economic levels.

By keeping policies in place that give one race or gender an advantage over another it keeps the idea that discriminating on those factors is okay. Regardless of whatever policies are put in place, racism and sexism will always exist since people inherently differentiate between two differing things – lets just not legislate it.